Ten years ago this month (January), the two women became babyballet franchisees and neither have looked back. Now both are celebrating their 10th anniversary in style.

The two already have a special place in the history books here at babyballet. Leanne because she introduced babyballet to Scotland and at 20 became the dance academy’s youngest ever franchisee.

And Jessie because she now runs the biggest babyballet franchise in the UK, with more than 1,000 youngsters attending her weekly classes in Dartford, Bexley and Bromley. She employs 11 teachers and her New Year resolution is to continue to grow and take over more areas in London and Kent.

Miss Leanne, proud franchise owner of babyballet West Lothian, Falkirk and Stirling for the past 10 years

Leanne also has other reasons to celebrate this month. She hit 30 on January 4th, and enjoyed a hen do with her girlfriends a few days later, ahead of her marriage to partner, Colin, this coming May.

SHE had just turned 20 when she started her own babyballet dance school in West Lothian, Falkirk and Stirling. She now employs six teachers and 350 children a week attend her 30 classes.

Ten years is a remarkable achievement for both women because new research shows that eight out of 10 companies in the UK fail within the first 18 months.  “I can’t believe I’ve hit the 10-year mark. I was so young when I started and feel incredibly proud to have reached this important milestone,” says Leanne who lives in Bathgate. 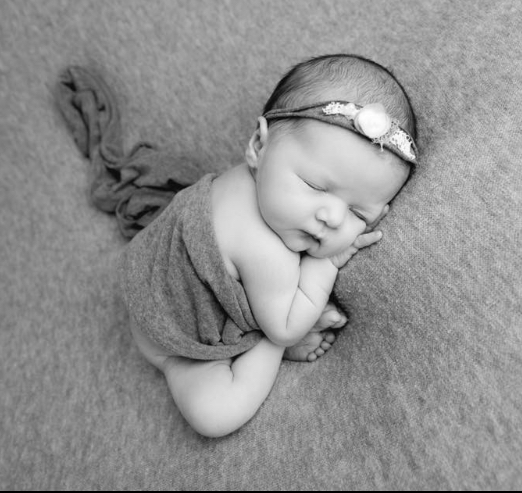 Leanne, who started dancing when she was three, has had a whirlwind 12 months which began last August when her daughter, Ivy, was born. Since then she has been busy planning not just her 10th work anniversary but her wedding too. In May she and Colin tie the knot in a barn in Crail, Scotland, before 100 family and friends. Another 130 guests join the evening celebrations. 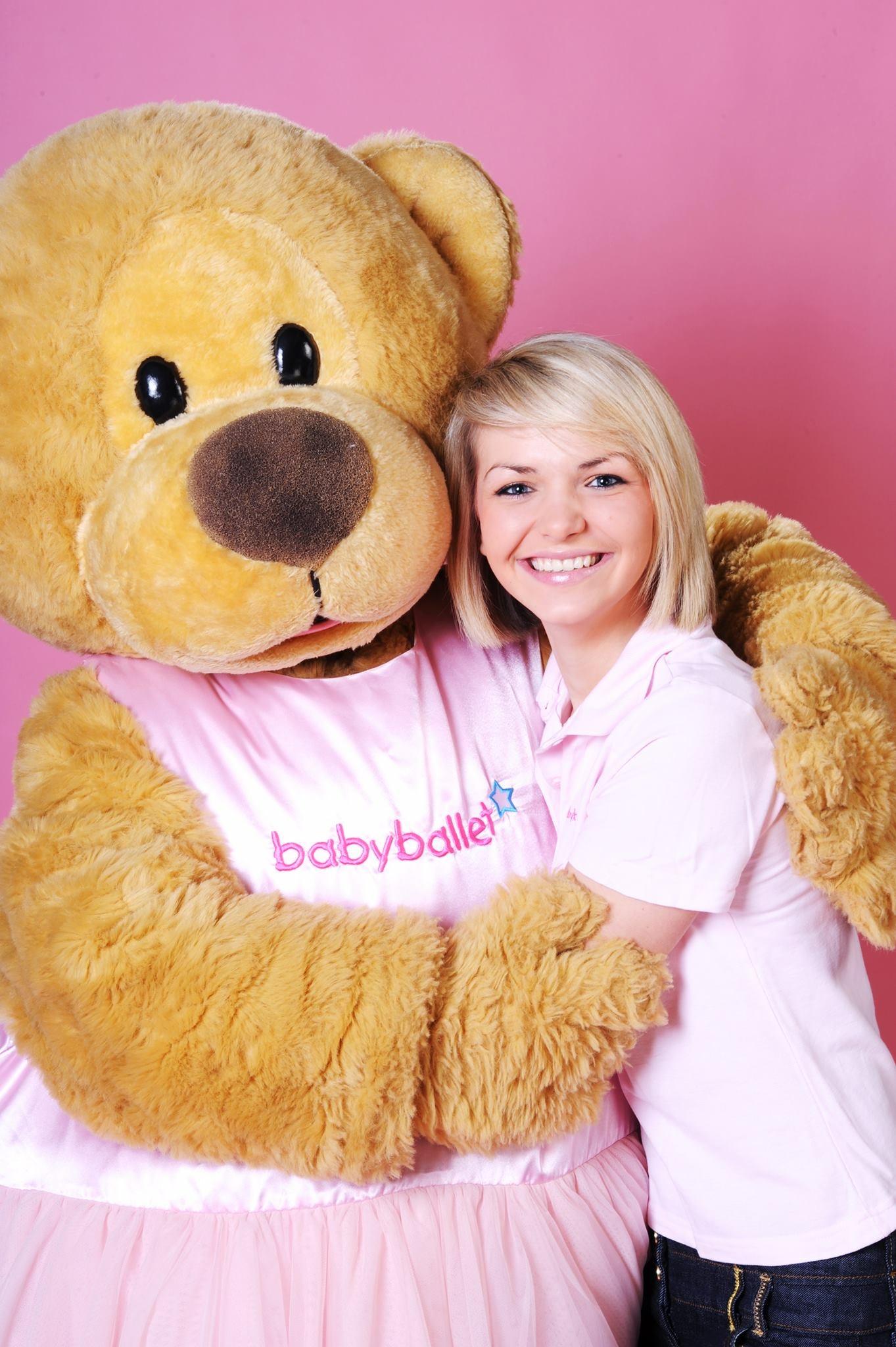 Miss Leanne introduced babyballet to Scotland in 2009 at the age of just 20, and became the dance academy’s youngest ever franchisee.

Her partying starts again later this month when she marks her decade with babyballet with a week of party classes. She is also hoping to do a summer anniversary event to thank her teachers and pupils and their families. “I can’t thank my teachers and pupils enough. Without them I wouldn’t be where I am today. We are just like one big happy family.  One of the reasons I love my job is because it gives me a great work/life balance and I get to spend lots of time with Ivy, who will be pulling on her first tutu and joining her first class next month,” says Leanne.

She does have one regret however.  Her mum, Annette, was her business partner but died suddenly just a year after Leanne started babyballet.  “I wish she was around for my wedding, to meet Ivy, and to celebrate our 10th anniversary. She would have been so proud.”

Leanne’s plans for the future include more new classes this month, and to carry on loving her job.

Miss Jessie has been running her babyballet dance school in Dartford, Bexley and Bromley for 10 years which teaches over 1000 children ballet each week.

Jessie, a former professional dancer is 37.  She says: “I can’t believe I have been at it a decade.  I’m super proud of my business and believe it is a success because of the hard work my team and I put into it, and also because I am super passionate about what I do.

In the last 10 years she has completed a degree, got married to Gavin, and had two children – Rex, five, and Arty, three.

She now focuses on the administrative side of the business and leaves the day-to-day running to her sister, Jocasta.  “I’m lucky because I can combine being a mum with my business, and I still get to teach when the others are on holiday and I fill in,” she says. She danced professionally in Mexico, China, Scandinavia and the UK, before a knee injury ended her career.

She says reaching 10 years is definitely a proud moment for her and she doesn’t intend to let it pass without marking it. She is planning party classes, 10 days of giveaways, a visit from Twinkle, and anniversary picnics in the spring and a 10th anniversary show in June. 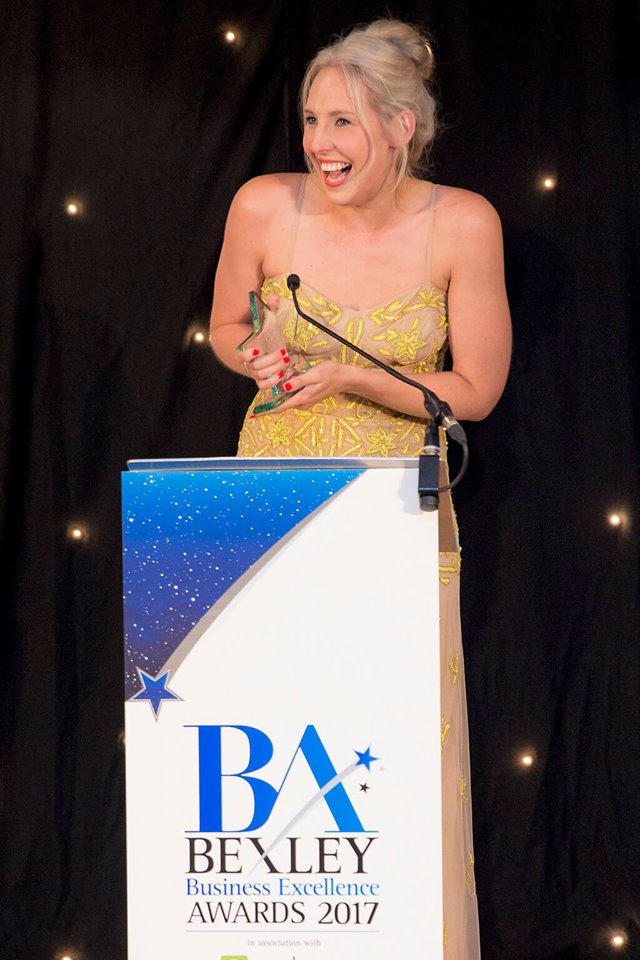 babyballet Dartford, Bexley and Bromley won the award for Best Small Business Business at the Bexley Excellence Awards in 2017.

When she looks back over the last 10 years, three things stick out in her memory.  The first was winning a Best Small Business Award in 2017 and the second was putting on her 2018 babyballet show.” Last year’s show was in a large theatre and was a sell out and I was overwhelmed seeing all the youngsters on stage.  It was a mark of how far we have come. “

The third was raising so much money for baby charity Tommy’s.

Tommy’s has four research centres across the UK and deals with stillbirth, premature birth and miscarriage. Tommy’s Danceathon is a bi-annual event in partnership with babyballet and Peppa Pig and in 2018 raised £429,584 for the charity. “Tommy’s is a charity close to my heart because Arty was born prematurely. This year my classes raised over £45,000 for the charity which is a fantastic achievement.”

Jessie, who has a BA Hons in Performance Studies, hopes to continue her charity fundraising in the next 10 years and raise even more funds for Tommy’s.  “If anyone reading this is thinking of starting their own business, I would say do your research, go for it and give it everything you have got. It’s the best decision I made and I don’t have any regrets.”

We hope you will join us in saying well done to both women, our sparkling diamonds of babyballet 2019.

If you are interested in our fun and exciting classes at babyballet West Lothian, Falkirk and Stirling, click here for more information.

Or if you would like to book a three week trial for your little one at babyballet Dartford, Bexley and Bromley, please click here.